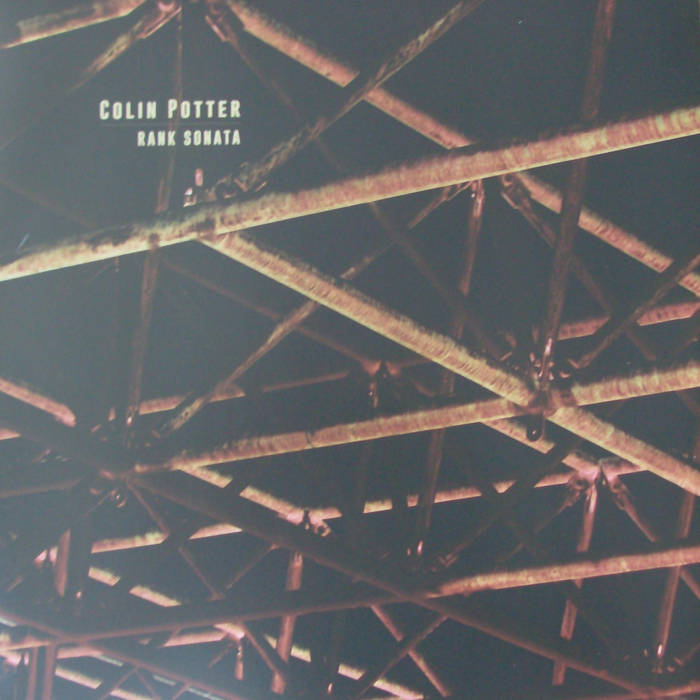 Also here for download is the original mix, remastered, made back in the 90s, before it was edited for the vinyl release.

“The pithily titled song And is a perfect case in point. It’s a kitchen sink dub that makes indulgent play of cheap, domestic sonorities while overwhelming them with the sound of synthesized thunder, lending the track an ominous, cartoon aspect that is anything but straightforward.”
Wire

Wherever Colin Potter’s path has lead him in the past four decades, he has always gone his own way. Even while intensely collaborating with acts such as Current 93 and Nurse With Wound, the Integrated Circuit Records founder remained one of the most idiosyncratic figures of the UK underground and has left a mark on Britain’s post-industrial scene with his radical DIY approach that can barely be measured by his extensive output alone. 2015’s »Rank Sonata« for the Switzerland-based Hallow Ground label followed a series of collaborations and cassette releases with four pieces that showcased a musical technicality that was only surpassed by Potter’s innovative approach to dub, techno and minimalism.

The almost 20-minute long opener »A Wider Pale of Shale« layers rhythmic elements to achieve a density that is rarely heard in music like this: what starts off with lush, string-like drone sounds slowly builds up to a pulsating dub techno track reminiscent of Porter Ricks before delving into even more noise and picking up right where it has left off towards the end. After this masterful exercise in repetition and difference, »And« uses classic dub structures as a template for a hyperreal piece of musique concrète for the 21st century. »Knit Where« and »Beyond the Pail« further complicate known formulas. The former contrasts warped orchestral sounds with hissing white noise over a slowed-down dub rhythm while the latter sounds like an unhinged reimagining of a early rave track, complete with anthemic harmonies and thumping kick.

»Rank Sonata« goes its own way just like Potter has done since his debut in the early 1980s, venturing deep down into the realms of familiar music styles - with the single goal of dismantling them entirely. If there were such a thing as a brute force approach to rewriting music history, it would sound exactly like this.
credits
released October 16, 2015

Guest hosted by Tamar Osbourn aka Collocutor and Toshio Matsuura.