The Fights Of The Sound Cable 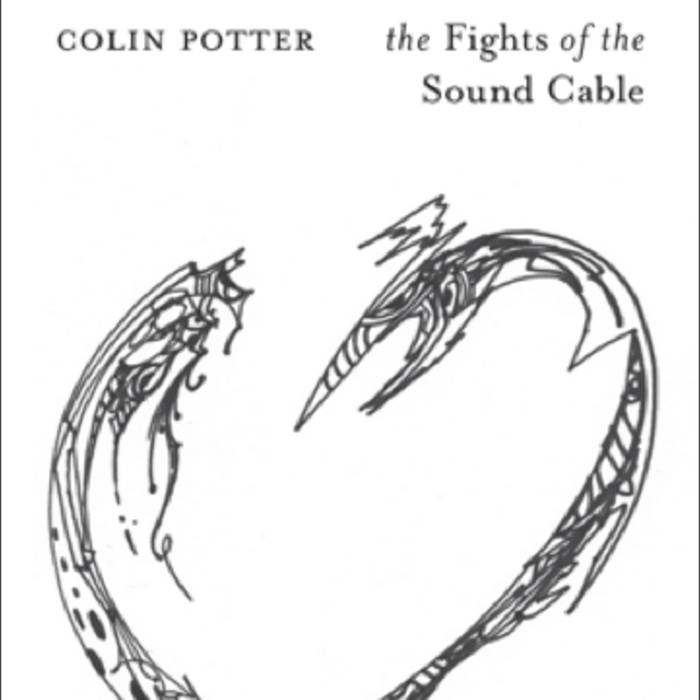 Melodious Thunk recorded in 2012 at IC Studio, which is now in London. Articulate was recorded live at IC Studio quite a while ago, when it was in Preston.

So, things have gone full circle… Potter’s first cassette was released in 1980 and here we are around thirty-three and a third years later, observing the release of another cassette. The intervening period has seen a number of developments. The ICR label was inaugurated and still continues today, having released over 70 cassettes, records & CDs.

IC Studio was established soon after and has been operated by Potter (almost) continuously since the early 80s, at a number of locations. There, Potter has recorded, mixed and produced a wide array of projects.

He has gained a reputation for innovative mixing and sound processing, working with artists such as Current 93, Fovea Hex, Ora, Organum, Monos, Andrew Chalk, Jonathan Coleclough, Paul Bradley, Darren Tate and, most notably, with Steven Stapleton on many albums by the renowned Nurse With Wound. Several solo works have been released, as well as many collaborations.

For reasons best known to himself, he decided to try his hand at live performance and is astonished to be still allowed to do so. The second side of the cassette is actually a recording of a rehearsal for such an event and is documented, if only to prove that he does in fact actually plan ahead for these things.

The first side is an exercise in mathematical repetition patterns, by someone whose counting is somewhat dubious.

Review from Aquarius Records : The latest from this long time aQ fave, comes in the form of a super limited tapes from the UK cassette label The Tapeworm, and features two sidelong tracks displaying two sides of Potter's sonic personality. The A side is a dizzying field of mathematically complex loopage, rendered in a seemingly perpetual state of decay and gradual disarray, beginning with fields of looped cascading electronic bleeps over distant pounded piano, and bleary smears of background shimmer, the piano becoming more insistent and jagged, almost maddeningly mesmerizing, all underpinned by a throbbing murky pulse, over which shifting rhythms collide and careen, sounds glitch and crunch, layers undulate, drones drift and swirl, the sound lurches and hiccups, lopes and churns, locking into weird sprawls of robotic hypno-groove, laced with what sound like cartoon bite sounds, and heaving black clouds of ominous rumble, a dizzying collision of black cinematic ambience, and kinetic, rhythmic skitter. The twisted backgrounds and the delirious dada-ist surrounding soundscapery, definitely point to Potter's longstanding collaboration with Nurse With Wound, but here those sounds are wound up tight, and let loose in a noisy, chaotic, carnivalesque funhouse, that at it's most intense sounds like a robot orchestra come to life, and running rampant, a barrage of buzz and hum, torrents of tangled rhythms, all bleeding and oozing into one thick viscous wall of pulsing pulsating sound, the eventually melts down to a cool droned out field of staticky skitter, and softly percolating grey noise drift,
The B side is a live recording of a rehearsal for a performance, and in some ways sounds like a more minimal, deconstructed, and sort of underwater version of the A side, softly noisy cascade pour down over beeps and bloops, splattery percussion is wreathed in warm swirls of echo and hum, the vibe murky and washed out, but building to occasional white noise squalls, the sounds a slow undulation, prickly and caustic in places, warm and shimmery in others, a field of slow moving drones, that splinter into shard of jagged sound, before sinking to the bottom, replaced by another thick layer of syrupy swirl. Dense and tense, but darkly dreamy, the sound eventually settling into something akin to old Oval, but replacing the muted shadowy swirl, with something a bit more abrasive, heavin swaths of industrial crunch, and jagged spears of high end skree, all wound up into slithery, prickly tangles, that eventually begin to unwind, the edges wearing off, the harsh surfaces burnished and glowing, the sound melting into a softly shimmering sprawl of hushed haunting thrum.
As with all Tapeworm tapes, extremely limited, this one featuring original cover art by noneother than Savage Pencil.

Written and produced by Colin Potter.